20% off our Ghost Town decaf coffee. Use code: CALM.

Free shipping on all orders over $35.

Order 11:30am and your coffee will be roasted and shipped .

For our second southern hemisphere African release of the year, we make a short hop geographically but a big leap into new flavors! Burundi and Rwanda are small neighboring countries with similar growing practices and climates, but with distinct flavor profiles. This Relationship Coffee comes to us, for the second consecutive year, from the Karambi Washing Station in the Western Province, along the shores of Lake Kivu.

Karambi is full of tropical fruits, with the balanced acidity of apples and melons. These complex, distinct flavors are enveloped in big, jammy body making for a thoughtful, yet chuggable, cup.

Karambi Washing Station is located in the Nyamasheke district, Western province. The altitude in the region starts at 1700 and goes up to 2000m (we’ve listed here something of an average: the elevation of the station itself). The Nyamasheke district has the highest concentration of washing stations in the entire country. The region lies along Lake Kivu, defining the western border of the country from the DRC. Growing conditions are optimal here with good altitude, great soil, favorable rainfall – basically everything to produce the best coffees.

Given the high number of washing stations, the stations face high competition to receive cherry from the surrounding community. Therefore, they have to accept almost every delivery to prevent the producer from selling elsewhere with less hassle. When producers deliver their cherry, the washing station staff selects the best cherries and removes any underripe cherries through flotation. They have sorting tables and a dedicated, trained staff for this purpose.

Coffee production happens on an individually tiny scale here, as it does through much of Africa. 400 people deliver cherry to the station. They average half a hectare of production apiece and deliver on average 47 kg of cherry. Coincidentally, when you work this out to exportable, green coffee equivalent that's almost exactly 47 pounds of green coffee per producer. This means that in our 20 bag lot is present the efforts of 57 different producers.

The washed process follows the classic method for processing. The cherries pass through the depulper and mucilage removal machine. With part of the mucilage still intact, the coffee undergoes a 12 to 24-hour fermentation in concrete tanks to break down the fruit. Fermentation time depends on the weather conditions. Afterwards, the coffee passes through the washing and grading channel. The densest beans remain at the start of the channel. The beans with least density float to the end of the line. This process separates the batch in 5 different parchment grades. Only the heaviest beans are selected for the microlot production.

Karambi washing station is part of the Rwacof network. This is the sister company to our importing partner, Sucafina. This is our first year working with the group. Much of the work involved with shepherding the finest coffees unadulterated out of Africa relies on strong networks, physical organization and control, and having people on the ground to see this work through and to further develop producers in the communities where they are active. Our belief is that no one is currently better poised in Rwanda than Rwacof and we’re excited to see continual development in this relationship.

I really liked this coffee!

Bright and flavorful. So far one of the best coffees I had.

H
H.
This is perfect coffee!

Love your coffees. Especially this coffee beans are amazing and special!!! 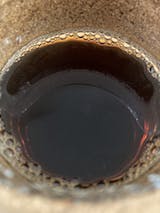 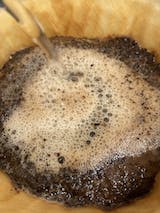 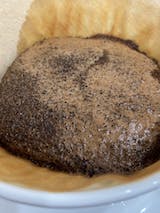 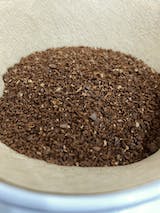 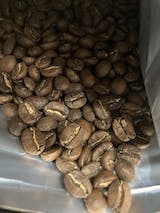 Use this popup to embed a mailing list sign up form. Alternatively use it as a simple call to action with a link to a product or a page.